Monday, June 1st, 2020 marked the first day of the Atlantic hurricane season, and the season opened with another named storm in the Gulf of Mexico.

Two tropical storms, Arthur and Bertha, formed in May ahead of the official start of the season: Arthur formed about 190 miles east-northeast of Cape Canaveral, FL, while Bertha formed near the coast of South Carolina and then made landfall approximately 20 miles east of Charleston.

Tropical Storm Cristobal was originally Pacific Tropical Storm Amanda, which formed quickly across the eastern Pacific in late May but mostly dissipated as it made landfall in Central America and southern Mexico.

On Sunday, June 7, 2020, TS Cristobal made landfall near southeastern Louisiana, and dropped over 3 inches of rain from Louisiana to Florida; some of the totals from the National Weather Service office out of Tallahassee, Fl., Showed areas east of Tallahassee receiving more than 6” of rain. 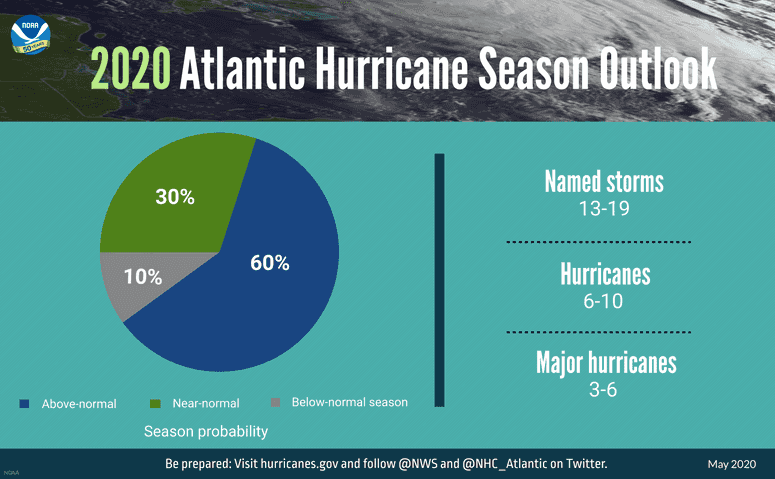 These are the names of tropical storms or hurricanes that may form in the Atlantic Ocean in 2020. Names are alphabetical, and alternate between male and female. Needing the entire list in a season is rare.